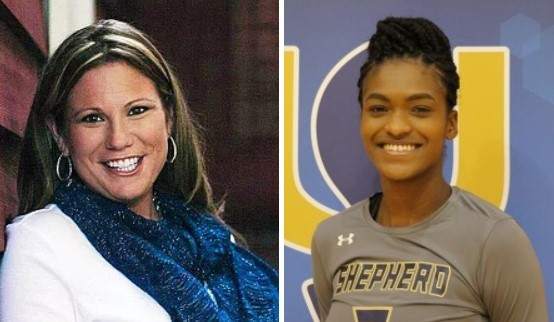 St. Maria Goretti Catholic High School is pleased to announce that Heather Niedermeier has been hired as the Head Coach and Nicole Murray is the new JV head coach/varsity assistant coach.

Niedermeier is originally from Chesapeake, VA and graduated from Shepherd University in 2011, where she was a four-year member of the Rams volleyball program. She is currently a head coach and director of the Shenandoah Surge Volleyball Club in West Virginia.

Murray is a 2021 graduate of Shepherd University, where she starred on the Rams volleyball team. She was the 2016 Washington County Herald Mail Player of the Year during her senior season at North Hagerstown High School. While at Shepherd, Murray was named to the MEC All-Freshman team and was MEC Honorable Mention her sophomore year.

“I’m excited to have Heather and Nicole join the Goretti family”, said Goretti Athletic Director David Blenckstone. “Our volleyball program is in a great place and I look forward to working with our new coaching staff to continue to grow the program to new heights.”

Over the past four seasons, including an abbreviated 2020 season, the Lady Gaels have compiled an overall record of 54-17.

Check out our Athletics page, and full list of Head Coaches